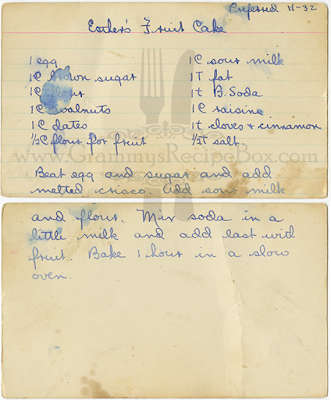 This recipe came from my Grammy's Aunt Esther and is dated as "Preferred 11-32". It is possible that this could have been a favorite for Thanksgiving 1932?