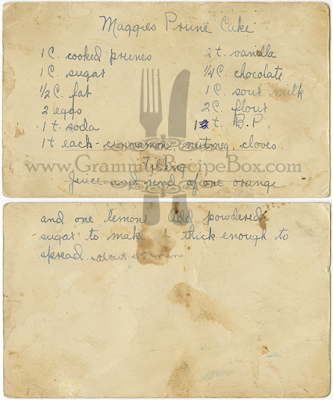 This recipe is written in Grammy's handwriting and is attributed to her aunt, Maggie Munce Hansen (sister of Grammy's father, William Munce).

Ingredients for cake:
No instructions are included for the cake except the note in pencil at the bottom that says "about 45 min".